Maithili Parikh – Chief Student Editor, 2014-2015
“From a timid first-year member meandering around the law firms at Fort for sponsorship efforts, to an enthusiastic Student Coordinator thrilled to constructively contribute, and finally, to the Chief Student Editor of méLAWnge 2014-2015—the journey has been phenomenal. Of course, indisputably, it was my year as Chief Student Editor that was most rewarding, and one, which induces a sense of nostalgia like no other law school experience. The Core Committee of 2014-15 was an all girls team, and while that did have several perks it had its own hazards as well. Although there was always an endless supply of irrelevant college gossip, and a guaranteed reserve of snacks for long days at the printer’s, the hazard was that most of our sections looked like a page out of Vogue in their first design drafts. Debatably uncanny for a law school magazine, the designs would usually have splatters of rainbow colours, polka dots and, once as I recall, an animal print design. But these drafts would almost always be discarded as quickly too, usually at the behest of our designer. Each core member had different strengths and interests but what united us to constitute a fantastic team were two shared passions— the Magazine and food. We would spend a whole hour before lunch deliberating where to order from (Lower Parel spoilt us for choice!), and cupcakes and cookies made a regular appearance at meetings. Yet, not even the most scrumptious cake could compare to euphoria all of us felt holding the finished product, what is now known as méLAWnge 2014-2015. Undoubtedly, méLAWnge 2014-2015 represents our soulful efforts. However most of all, to my mind, it reflects the countless memories and friendships we created while assembling it.” 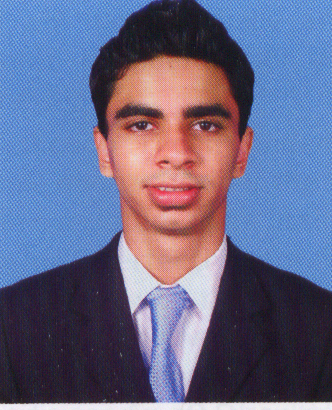 Chintan Chandrachud – Chief Student Editor, 2008-2009
“I will never forget my years at the Magazine Committee. MéLAWnge offered me the opportunity of interacting with citizens from every segment of society – be it lawyers, judges, statesmen, public activists or writers. The diversity of content in MéLAWnge was one of the most challenging aspects of working in the Magazine Committee. We were often faced with making quick transitions from constitutional law to Christiano Ronaldo, from anti-terrorism to antitrust law. The 160-odd page magazine meant that a considerable amount of time was consumed in meetings, discussions and deliberations to ascertain which literary pieces would eventually be carried. Above all else, MéLAWnge taught me to truly respect publication – hours were spent on every page of the magazine, authors produced a dozen drafts ahead of their published version, and every word was, conservatively speaking, read twenty times over before we could hit ‘ctrl-p’! “ 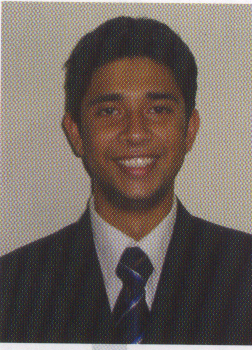 Dhaval Mehrotra – Chief Student Editor, 2007-2008
“It was a mad fantasy of a bunch of most creative minds – or so they claimed – to bring out a publication, reflective of the transitory whimsy and at the same time solemnity, which is timelessly unique in that it can never be replicated. méLAWnge 2007-08 was the tangible structure of that fantasy and what it was really about was itself; for it was not only about what was said but how it was said that made méLAWnge 2007-08 – consisting of brilliantly hued articles spread across 180 pages like fragments of a rainbow artfully deconstructed to bring a mélange of colours to the black and white of law! “

Shaishavi Kadakia – Assistant Editor, 2007-2008
“Traditionally, the Assistant Editor (and of course, the Editor) of the GLC Magazine (Committee) is supposed to do much more than a person conventionally described as an editor or assistant editor; in addition to dotting the ‘i’s and crossing the ’t’s and separating the wheat from the chaff and printing the chaff, he or she has several responsibilities for which he or she has to don several hats – that of a manager, a PR agent, an HR person, a marketing whiz, a diplomat, an author, a proofreader and if none of the above then that of the delegator. I had embarked on the journey through the unknown… and ended it with a great sense of fulfillment and a pinch of sorrow.”

Abhishek Neotia – Chief Student Editor, 2006-2007
“To be actually writing this piece for the website is an absolute pleasure for more reasons than one. The launch of the website was a long cherished dream for the ‘Mag Com’ and it materialised during my tenure as the Editor of the committee, which has been going from strength to strength every year. I wish the present team All the very best as they relaunch the website and also congratulate them on the same.”

Kumar Sumit Rai – Chief Student Editor, 2005-2006
“Every individual considers something or the other as a landmark in their life. I consider my stint in the Magazine Committee as an Assistant Editor and eventually as the Editor, as mine. It was here that I realized that ‘nothing is impossible’ is not just a cool adage but a truth that takes patience and passion to realize. When I had joined the committee in my 1st year, it was no one’s dream that one day we will be able to publish a magazine on art paper, all color and it would contain interviews of the likes of Fali Nariman and M C Mehta. If around 10 dedicated students in a government college can manage to collect the funds for something like this and also manage to churn out content that can rival anyone anywhere in the world, it is a blasphemy to suggest that anything is impossible. From my days in magazine, the one most important lesson I carried for life is that perseverance and passion can change the world.I live with that optimism and hope that everyone who gets associated with the committee in the future will realize the opportunity it presents to them to realize the world – in one small way. My best wishes to méLAWnge and the committee and congratulations at the new website. I hope this website will grow into a portal that becomes the true literary source for the law college.”

Archana Balasubramaniam – Chief Student Editor, 2004-2005
“As a committee that was always short of funds, we couldn’t even think of an all colour magazine. I still remember the day at the printer’s office when we realised that with the funds we had we could come out with an all colour magazine. That’s it! We were ballistic. We got an excellent opportunity to become the face of GLC, which was always our goal. Also I think it was the first time the magazine was not arranged by sections. We took pains to do a centre piece and spread out the other stories and articles. It was a great experience. The team of 2004 was I think by far the best committee ever and with the guidance and trust of Mrs. Geeta Parawati, there was no stopping us.”